Depart from London Heathrow Airport terminal , on your scheduled overnight flight to Colombo . Your flight includes meals, drinks, and in-flight entertainment for your journey.

Welcome to Sri Lanka. Upon arrival at Bandaranaike International Airport, clear immigration, collect your luggage and follow exit sign. You will be met by our representative who will be holding a placard with “WELCOME COBRA HOLIDAYS” on it.

He will guide you to the vehicle and transfer you to your hotel in Negombo, a seaside town which is only 40 minutes away from airport.

Rest of the day at leisure or go shopping.

After breakfast check out hotel, proceed to visit Pinnawala Elephant orphanage* for afternoon milk feeding at 1.15 p.m. Bottle feeding of the baby elephants is the highlight event of the place. We will also see the daily routine of care for baby elephants and other abandoned elephants.

Then drive to Habarna a journey of approximately 3hours.

*Pinnawela Elephant Orphanage – off Colombo-Kandy road is Pinnawela, where an orphanage was started in 1975 to house abandoned and wounded elephants. The number of elephants has increased to more than 65 now, including baby elephants brought from various parts, as well as the 14 babies born, as a result of the captive breeding programme. The best time to visit is the feeding time and the bathing time; when all the elephants are taken to the river close by.

This morning after breakfast we proceed to Anuradhapura for a city tour of the ancient ruins and the Sri Maha Bodhi, the oldest tree on earth.

These ruins have the largest amount of ancient monuments of a great civilisation and is believed to be the home of Buddhism.

We visit and admire the Ruwanveli Seya Dagoba with its famous elephant wall from the 2nd Century BC and the Thuparama Dagoba from the 3rd Century BC. We will also visit  Abhayagiri  Dagoba, Moonstone or Sandakada pahana, Jetavanaramaya, Brazen Palace, Sri Maha Boodhi Temple, Isurumuniya Temple, Samadhi Buddha, Kuttam Pokuna and Mirisavatiya Dagoba.

Later return to your hotel in Dambulla for the night.

Today after breakfast we visit the famous Sigiriya Rock Fortress and Frescoes, Asia’s best preserved city of the first millennium. Soaring 200 metres above a forested plain, this ancient fortress dates back to the 5th century and has been declared a UNESCO World Heritage Site due to its incredible feat of constructive engineering. Those who make it to the top are rewarded with astounding views. Make sure you are wearing sturdy footwear, as this is a very steep climb with some uneven slopes. Those unable to climb to the top can explore the gardens at the base of the rock and still get some fantastic shots of the fortress from below.

In the afternoon, visit the Walled City of Polonnaruwa, the second most ancient kingdom in Sri Lanka and another UNESCO World Heritage Site.

Evening: Proceed on Elephant back safari at Habarana Jungle.

All Elephant Back Safaris are accompanied by the mahout. A wooden saddle, a basket like enclosure upon a wooden platform is large enough to carry four passengers. Riders need to be on alert to stoop down to avoid being knocked by the overhanging branches of trees along the path.

This morning after breakfast, we visit The Golden Cave Temple of Dambulla, Sri Lanka’s most exquisite cave temple a UNESCO World Heritage Site. There are 153 Lord Buddha statues, 3 statues of Sri Lankan Kings and 4 statues of Gods and goddesses found here. The latter include those of Hindu Gods Vishnu and Ganesh.

We continue with our journey to Kandy. En-route we visit, a Spice Garden at Matale.

Sri Lanka is famous for many different types of Spices and you will be shown how some of these spices like the luscious Cinnamons, Cardamons, Pepper, Ginger plants etc. are grown and processed. You can also purchase your requirements of spices. At the spice garden enjoy a 10 minute free foot massage.

On arrival in Kandy, enjoy a sightseeing tour of Kandy city – the last kingdom of the Sinhalese, taking in the sights of Upper Lake Drive, and the Market Square. A walk around the town will let you indulge in some souvenir hunting with intricate treasures in wood, copper, silver, brass, ebony, bronze, lacquer work, handlooms, batiks, and reed-ware to choose from.

In the evening watch the Kanryan dance and cultural show, where the vibrant costumes and pulsating rhythms of traditional dance, drumming, music and fire walking from centuries old rituals will enthral you.

Then we pay homage to one of the most sacred religious sites in Sri Lanka, The Temple of the Tooth or Dalada Maligawa is believed to house the ‘tooth relic’ of the Lord Buddha.  This is a major shrine where pilgrims have revered Buddha’s tooth since the 16th century. Later we proceed to our hotel for check-in.

Note: Dress modestly and respectfully when visiting temples. Shoulders to knees should be covered, especially when entering places of worship. No shorts are allowed.

After breakfast, we proceed to visit to a gem factory where you will see gems of all types that are found in Sri Lanka.

Then we head ‘up country’ to the city of Nuwara Eliya which resembles an old English town, complete with a lake, race track, well- kept lawns with hedges, an Anglican Church and an 18 hole golf course.

En-route we visit the staggering Ramaboda waterfalls (a 109 m high waterfalls one the highest in Sri Lanka). Then we visit Sri Baktha Hanuman Temple in Ramboda, after darshan visit the tea factory to see glimpse of the fascinating process that goes into making how the world’s favourite drink is prepared.

Then we drive to our hotel and check in.

This morning after breakfast, we proceed to visit Sita Amman temple.

Then we visit Hakgala gardens known as Ashok Vatika – one of the pleasure gardens of King Ravana and Isthripura, where the exotic cave has a picturesque cascading waterfall that was in existence 2000 years ago.

Sitadevi was kept in queen Mandothari’s palace until she was moved to Sita Kotua and then on to Ashoka Vatika. The stream that runs from the hill, catered to the needs of Sitadevi during her stay at Ashoka Vatika. She is said to have bathed in this stream. Now there is a temple erected for Lord Rama, Sitadevi, Lakshmana and Hanuman by the side of this stream. It is interesting to note that foot prints akin to Lord Hanuman’s are found by this river – some small and some large.

The prominent temple architecture will not fail to attract your attention. Ancient statues of Rama and Sita can be seen on one side of the temple. The temple today is a modern building with its paintings, statues and pillars decorated with sculptures; all depicting the tale of Rama and Sita.

Hakgala Botanical Gardens – This is the exotic pleasure garden where King Ravana kept the depressed Sita, insisting that she marries him. It was here where the heartwarming meeting took place between her and Hanuman, who brought her Rama’s ring with the news that Rama was looking for her.

He offered to carry her back but she refused saying it would be an insult to Rama’s honor if she did so. Part of this majestic garden still exists. It is also said that Hanuman nearly destroyed it in order to prove to Ravana of the forces against him.

After the breakfast, we travel to the Beach resort via Kithulgala (218 kms 5 hrs drive).

On arrival check in at your hotel. This evening is free time at leisure.

Overnight stay at  5*  Hotel(All inclusive package) in your hotel

We also visit Kelaniya (Vibeeshana) Temple – After King Ravana’s death, Vibeeshana was coroneted as King of Lanka by Lakshmana at Kelaniya. There are murals enshrined outside the Buddhist temple depicting the crowning of Vibeeshana. The Kelani River is mentioned in the Valmiki Ramayana and Vibeeshana palace was said to be on the banks of this river. The reason Lakshmana crowned Vibeeshana, was because Rama had to return to India as he had to continue his self-exile of 14 years to honour the commitment to his father, King Dasarath of Ayodhya.

In the afternoon we depart for Colombo.

Upon arrival, we proceed for sightseeing city tour of Colombo.

We drive through the city taking you to the busy commercial areas as well as the tree-lined residential, Cinnamon Gardens. We visit Fort, the former British administrative centre and military garrison, Parliament, past the National Museum, Sea Street – the Goldsmith’s quarters in the heart of Petta, the bustling Bazaar area, a Gangarama Hindu Temple with elaborate stone carvings and the Dutch Church of Wolfendhal dating back to 1749.

The historic Dawatagaha Mosque and the former Eye Hospital are two buildings in Cinnamon Gardens worth looking at.

We will also visit the BMICH, see the replica of Avukana Buddha and the Independence Square.

After the city tour we will go for shopping at House of Fashions and ODEL the famous shopping stores.

Later proceed to check-in to our hotel in Colombo.

This morning after breakfast free time at leisure.

Later, we board our coach and drive toward Chilaw to visit Manavari Temple for Puja and Darshan (Approximately 120 minutes Drive).

Thereafter we proceed to visit Munneshwaram Temple (Approximately 20 Minutes Drive) situated in Munneswaram village, the center of the spiritual and religious life of the people dwelling in a medieval administrative division called Munneswaram Pattuva.

Manavari Temple is the first place where Lord Rama installed the holy Siva Lingam and prayed after the end of the war with King Ravana and till date this lingam is called as Ramalinga Shivan. Rameshwaram is the only other lingam in world named after Lord Rama.

Munneswaram Temple  is a temple complex of three shrines. The 1500-year-old inner sanctum of the main Siva temple has Tamil inscriptions and is an important pilgrimage centre.

It is believed that Munneswaram predates the Ramayana and a temple dedicated to Lord Shiva was located here. Munneswaram means the first temple for Shiva (Munnu + Easwaran). A Shiva Lingam was already here when lord Rama visited the place. Lord Rama after his victorious battle left for Ayodhya with Sita in one of King Ravana’s vimanas. He felt he was being followed by Bramhaasthi dosham (a malevolent black shadow) as he had killed King Ravana who was a Brahmin. When the Vimana was passing over Munneswaram, he felt the vimana vibrating, and realized the “Brahmaasthi Dosham” was not following him at this particular point. He stops the vimana at this juncture and asks God Shiva for a remedy. God Shiva blessed Lord Rama and advised installing and praying for four lingams at Manavari, Thiru Koneshwaram, Thiru Ketheshwaram and Rameshwaram in India, as the only remedy to get rid of the dosham.

After breakfast, free time at leisure.

Later in the afternoon, check out of the hotel and proceed to Bandaranaike International Airport Colombo to board your flight for London .

Your flight includes meals, drinks, and in-flight entertainment for your journey.

** Your tour ends, leaving you with many pleasant memories of a wonderful holiday. ** 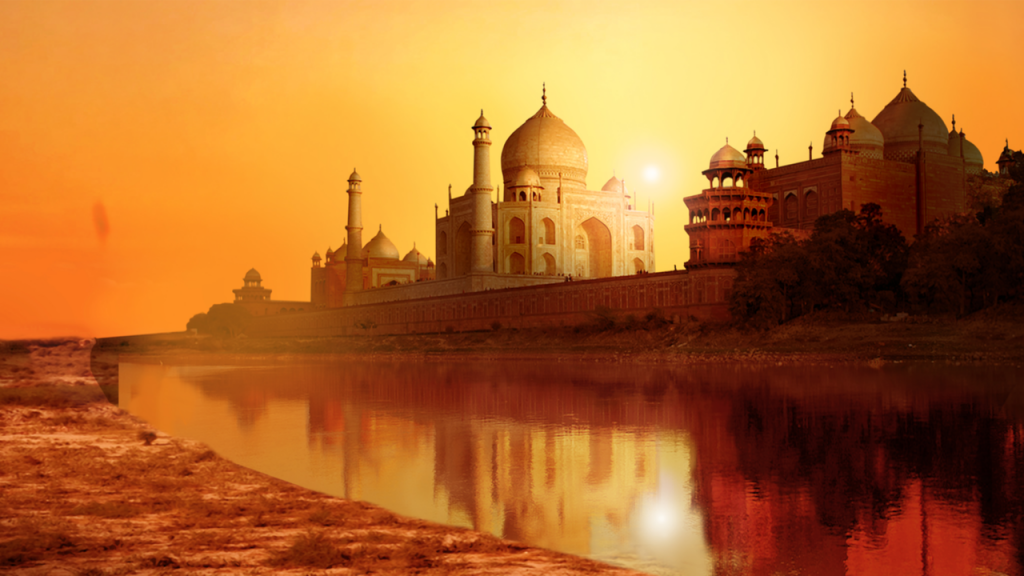